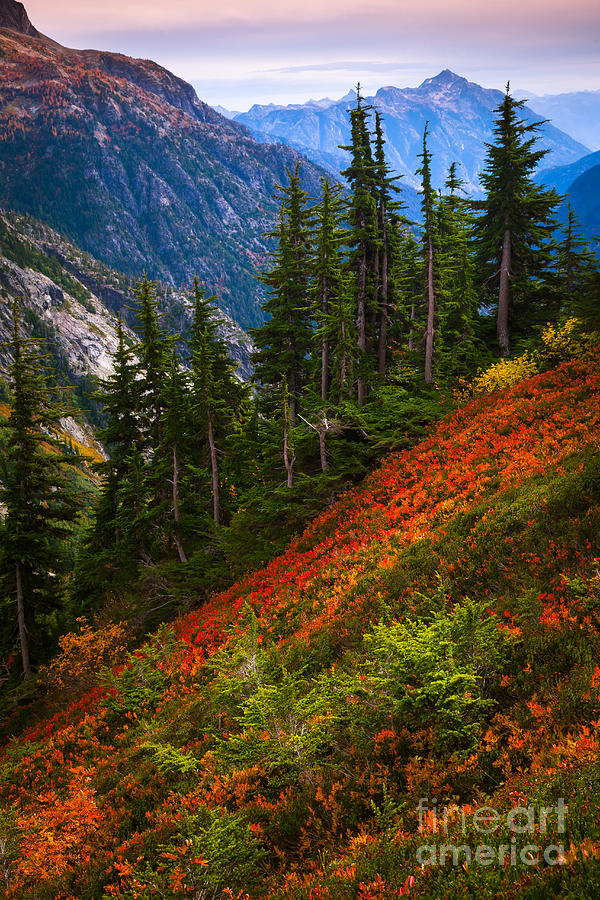 Cascade Pass (formerly also known as Skagit Pass) is a 5,392-foot (1,643 m) mountain pass over the northern Cascade Range, east of Marblemount, Washington, U.S. It provides the easiest connection from the Cascade River to the head of Lake Chelan, and is now inside North Cascades National Park, and crossed by only a hiking trail. From the west, one reaches it by hiking an easy 3.5 mile trail from the end of the Cascade River Road (elev. 3,600 feet (1,100 m)). From the east, it is accessible via a trail from Stehekin up the Stehekin River valley.
The summit of the pass, being at the tree line, is known for its views in all directions. It is also a key departure point for mountaineering; to the north, the gentle ridge of the Sahale arm leads up Sahale Mountain to the summit, as well as to the meadows of Boston Basin and the summits above. To the south, Mixup Arm leads to Mixup Peak and Magic Mountain, as well as to Cache Col, making Cascade Pass the start of the high-level Ptarmigan Traverse.
The pass was originally a major route for Native Americans trading between the coast and the interior. Among the first white men to explore and map the Skagit Pass was New York newspaperman Frank Wilkeson. Alexander Ross probably crossed the Cascades via Cascade Pass in 1814. His writings are too vague to be certain about his precise route.

Wonderful! Congrats on your sale!

Another gorgeous shot. Wow !! Congrats on your sale.

Another great image! Congrats on the sale.

I really love your captured the colors in this Inge. Congrats on your sale!

Congratulation on your recent sale, Spectacular vibrant color and talent.

Beautiful!! Congrats on your sale!!

love the vibrancy of the colors-it truely captures the autum feel.