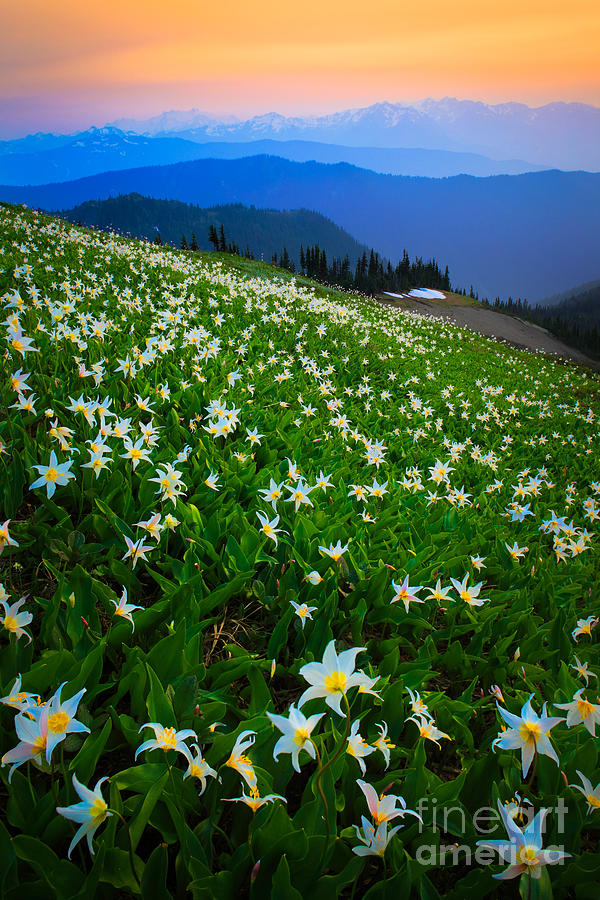 Avalanche lilies along Hurricane Ridge in Washington state's Olympic National Park
.....
Olympic National Park is a United States national park located in the state of Washington, in the Olympic Peninsula. The park has four basic regions: the Pacific coastline, alpine areas, the west side temperate rainforest and the forests of the drier east side.
U.S. President Theodore Roosevelt originally created Mount Olympus National Monument in 1909. It was designated a national park by President Franklin Roosevelt on June 29, 1938. In 1976, Olympic National Park became an International Biosphere Reserve, and in 1981 it was designated a World Heritage Site. In 1988, Congress designated 95 percent of the park as the Olympic Wilderness

Outstanding image@ Congrats on your sale!

Amazing colors and depth of field!!! Congrats on your sale!

Absolutely stunning! Congratulations on your sale!! :)

So beautiful, congrats on your sale!

Beautiful scenery, congratulations on your sale!

Super depth of field (no pun intended...) here Inge! Love the colors in the sky. f/v

Congrats on the sale of this gorgeous photo Inge!! f/v

What an incredible image....congrats on your sale, Inge! v

So nice! Love it!

I am so glad to hear you like it, Pavel. Thanks!

Thanks Alfonso, for the nice words. Much appreciated :-)