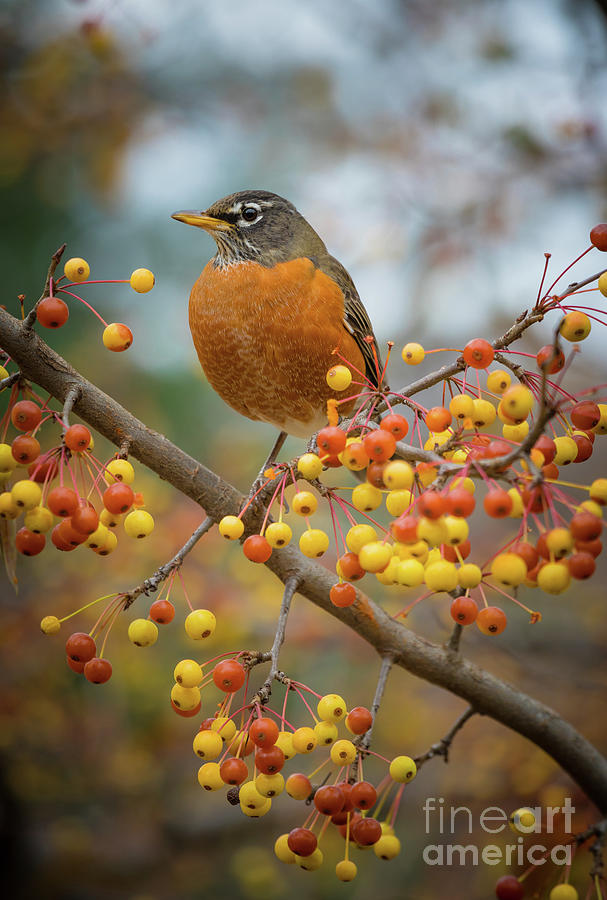 The Pond and Hallett Nature Sanctuary occupy the low-lying southeast corner of New York City's Central Park, at the corner of Grand Army Plaza, across Central Park South from Plaza Hotel, and abutting Fifth Avenue. The simple fieldstone arch of Gapstow Bridge was built in 1896 to replace the original more ambitious but less rustic structure designed by Jacob Wrey Mould. As originally laid out by Frederick Law Olmsted and Calvert Vaux, the Pond was considerably larger. A large piece of its upper reaches, beyond Gapstow Bridge, once spanning a narrow neck of water, was paved over to form the Wollman Memorial Skating Rink, opened in 1949. Nearby, on stone plinths, bronze busts commemorate the poet Thomas Moore and the composer Victor Herbert (by Edmond Thomas Quinn).

A gorgeous robin and its food source!

Congratulations, on your Feature, in "Your Very Best Photography", group!

Congratulation, your amazing work has been chosen as Superfeature in Kingdom Animalia !!! You can visit it under Superfeature discussion tab in our group !! l/f/p

So beautiful, love all the colored berries LF Congrats!

Wonderful composition and colors in this capture of a robin. l/f

Congratulations your beautiful work is being featured in The World We See Group:-)

What a fine piece of artwork and I am happy to announce that this beauty has been chosen for a feature on the homepage of our WFS group. Congratulations for this accomplishment. Well deserved!

Congratulations on your feature in the Fine Art America Group "Images That Excite You!" Sharing on Twitter!

Inge! Congratulations on your sale!