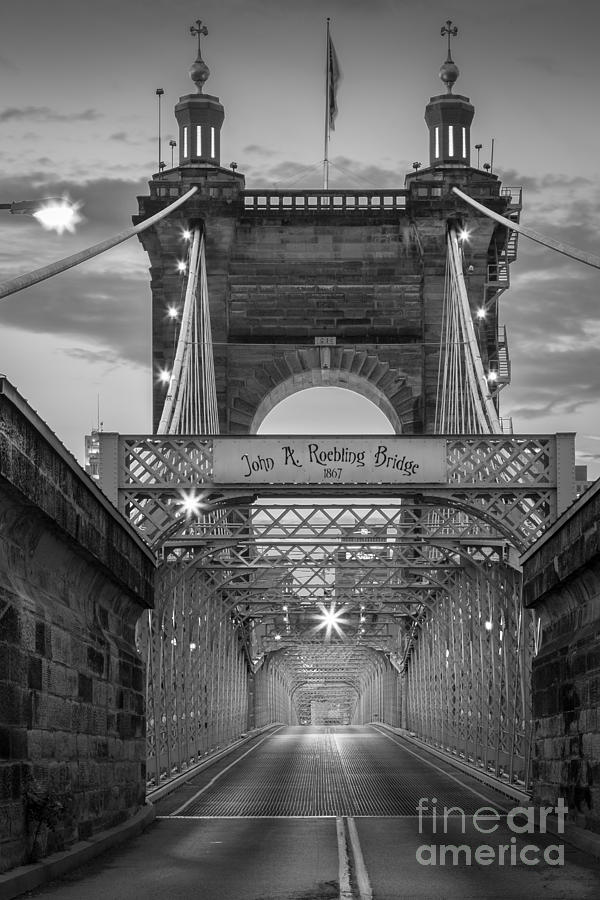 The John A. Roebling Suspension Bridge spans the Ohio River between Cincinnati, Ohio and Covington, Kentucky. When the first pedestrians crossed on December 1, 1866, it was the longest suspension bridge in the world at 1,057 feet (322 m) main span. Today, many pedestrians use the bridge to get between the arenas in Cincinnati (Paul Brown Stadium, Great American Ball Park, and U.S. Bank Arena) and the hotels, bars, restaurants, and parking lots in Northern Kentucky. The bar and restaurant district at the foot of the bridge on the Kentucky side is known as Roebling Point.

Ramps were constructed leading directly from the bridge to the Dixie Terminal building used for streetcars. These provided Covington–Cincinnati streetcars "with a grade-separated route to the center of downtown, and the terminal building was originally intended to connect, via underground pedestrian passages, with the never-built Fountain Square Station of the infamous Cincinnati Subway." When streetcar service ceased in the 1950s the terminal was converted to use as a diesel bus terminal. The ramps were removed in 1998 when it ceased being used as a bus terminal.

Fabulous work, Inge ... perfectly composed ... great tones ... love everything about it. Congratulations on your sale!!!

Gorgeous!!! Congrats on your sale!

Congrats on Your Sale!!

Congratulations on your sale! :)