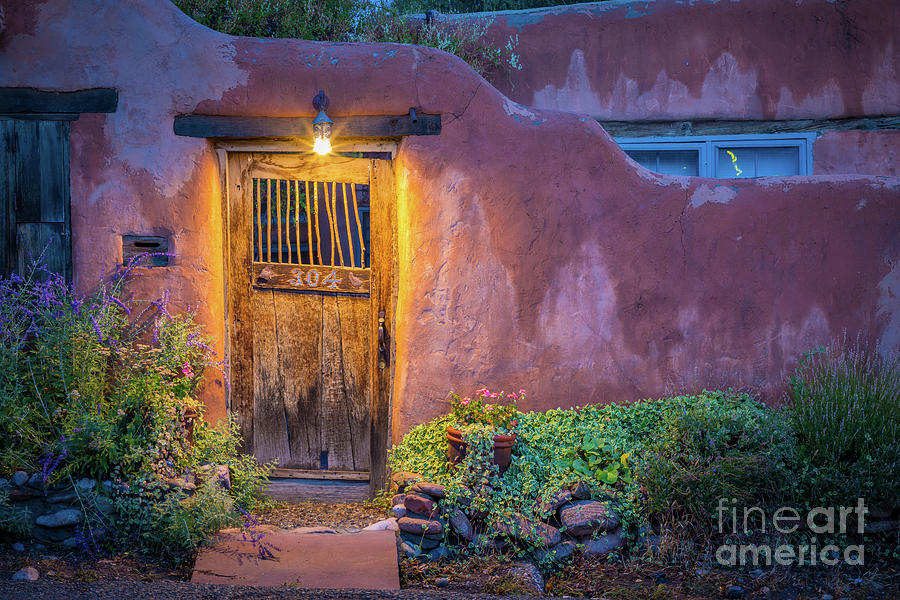 Santa Fe is the capital of the state of New Mexico. This area was occupied for at least several thousand years by indigenous peoples who built villages several hundred years ago on the current site of the city. It was known by the Tewa inhabitants as Ogha Po'oge ("White Shell Water Place"). The city of Santa Fe, founded by Spanish colonists in 1610, is the oldest city in the state and the oldest state capital city in the United States. Santa Fe (meaning "holy faith" in Spanish) had a population of 69,204 in 2012. After the mainline of the railroad bypassed Santa Fe, it lost population. However artists and writers, as well as retirees, were attracted to the cultural richness of the area, the beauty of the landscapes, and its dry climate. Local leaders began promoting the city as a tourist attraction. The city sponsored architectural restoration projects and erected new buildings according to traditional techniques and styles, thus creating the Santa Fe Style. Edgar L. Hewett, founder and first director of the School of American Research and the Museum of New Mexico in Santa Fe, was a leading promoter. He began the Santa Fe Fiesta in 1919 and the Southwest Indian Fair in 1922 (now known as the Indian Market).

Congratulations on the sale!

Nice work on this image Inge, congratulatons on your new sale!