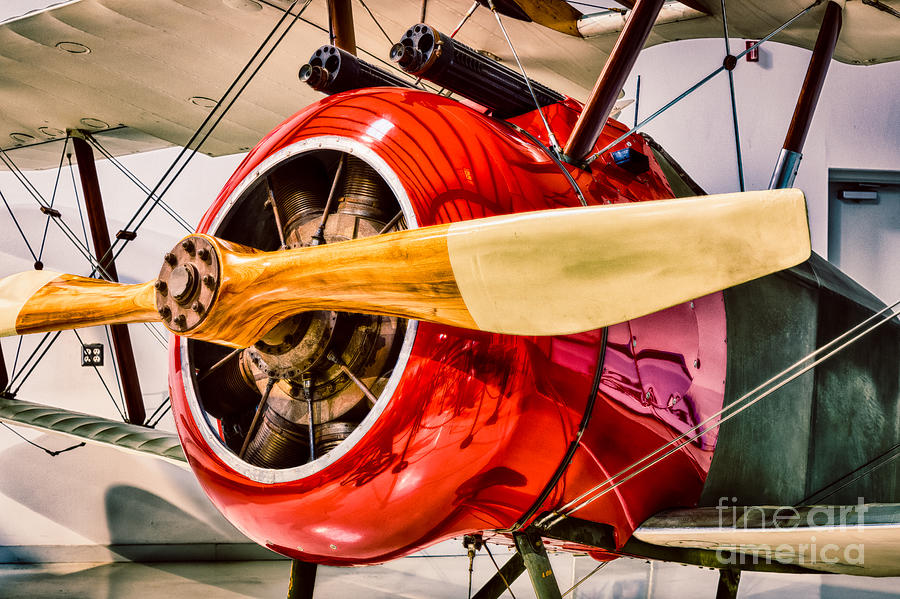 Small and lightweight, the Sopwith Camel represented the state-of the-art in fighter design at the time. The Sopwith Camel shot down 1,294 enemy aircraft during World War I, more than any other Allied fighter. However, it was so difficult to fly that more men lost their lives while learning to fly it than using it in combat.

The Sopwith company rolled out the first Camel in December 1916. Although it owed much of its design to earlier Sopwith aircraft like the Tabloid, Pup and Triplane, the Camel was a revolutionary machine in a number of respects. The plane's twin Vickers machine guns were mounted side by side in front of the cockpit -- a first for British fighters and a design feature that became standard on British fighters for nearly 20 years. Second, the pilot, engine, armament and controls were all crammed into a seven foot space at the front of the airplane. This helped give the plane its phenomenal performance, but it also made the plane very tricky to fly. Additionally, the plane's wood and fabric construction and lack of protection for the fuel tank made the Camel (like most W.W.I. aircraft) very susceptible to fire. Moreover, the poor state of pilot training during 1916-1917 meant that the average life expectancy of an English pilot was little more than two weeks.

In service, the Camel proved to be a huge success, despite its high accident rate. Camels fought all along the Western Front as well as being employed as night fighters and balloon busters. Some the earliest fighters used by the Royal Navy were Camels which were deployed from cruisers, battleships and even towed platforms. Additionally, Camels fitted with eight primitive air-to-air rockets proved to be very effective against German Zeppelins and long-range bombers.

The Sopwith Camel on display is a full scale flying replica built by Dick Day from original World War I factory drawings. The aircraft is fitted with original instruments, machine guns and an original Gnome rotary engine (something very rare in replicas). It is painted in the scheme of the World War I flying ace Captain Arthur Roy Brown, a Canadian flying with the Royal Air Force. Captain Brown is credited by many with shooting down Baron von Richthofen (The Red Baron). Captain Brown had 11 victories at the time of his disputed triumph and became ill shortly thereafter. He was hospitalized in England for ulcers and remained there throughout the war.

Congrats on your sale, Inge! :)

I restored a Curtis 1914 JN-4, the Jenny. I have a passion for old aircraft. Thanks Inge for posting this beautiful image of the Sopwith Camel. I look forward to more of the same. Liked, Featured and Favorite.