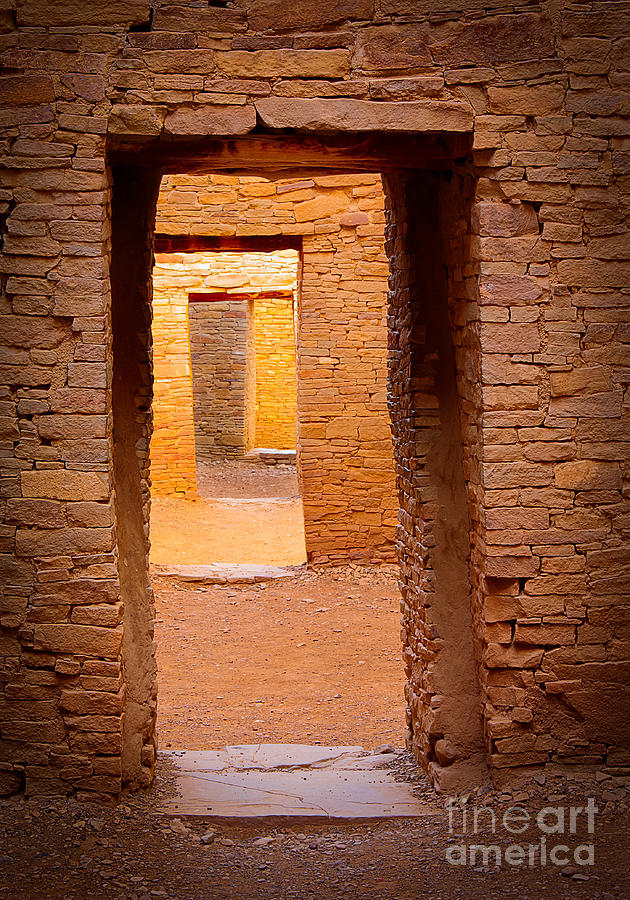 Doorways in the ancient Pueblo Bonito village in Chaco Canyon. Chaco Culture National Historical Park is a United States National Historical Park hosting the densest and most exceptional concentration of pueblos in the American Southwest. The park is located in northwestern New Mexico, between Albuquerque and Farmington, in a remote canyon cut by the Chaco Wash. Containing the most sweeping collection of ancient ruins north of Mexico, the park preserves one of the most important pre-Columbian cultural and historical areas in the United States.

I just want to keep looking at this - wandering through my mind as I wander through the doorways -beautiful ;-)

congrats on your sale Inge

Thank you so much!