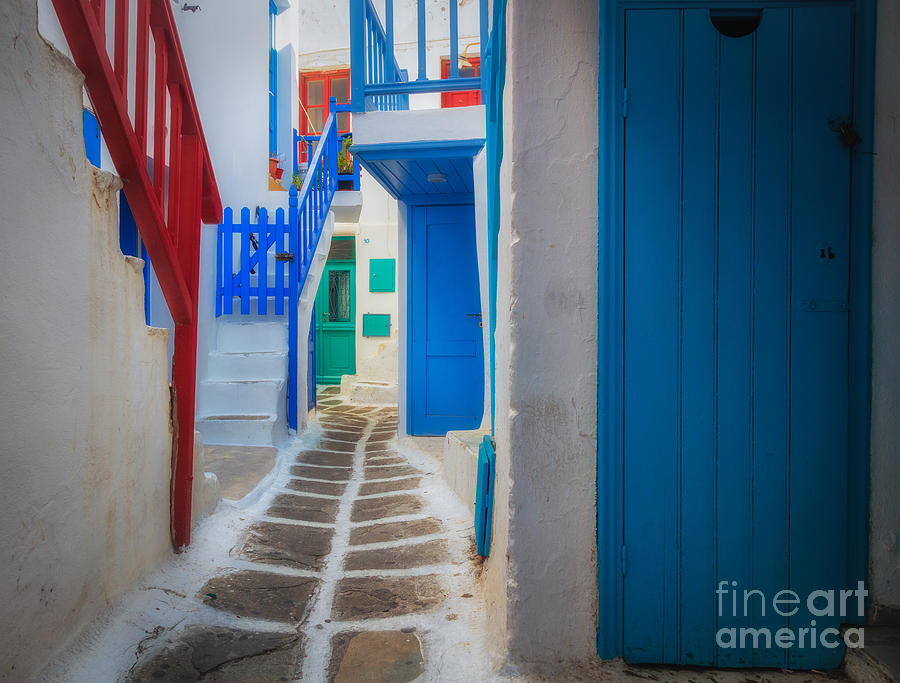 Streets in Mykonos town on the Greek island of Mykonos. Mykonos is a Greek island, part of the Cyclades, lying between Tinos, Syros, Paros and Naxos. There are 10,134 inhabitants most of whom live in the largest town, Mykonos, which lies on the west coast. The town is also known as Chora (i.e. the Town in Greek, following the common practice in Greece when the name of the island itself is the same as the name of the principal town).

Mykonos' nickname is The island of the winds. Tourism is a major industry.

Congratulations on your Sales

Inge, Congratulations on your sale !

CONGRATULATIONS!! Your artwork has been Featured in the “Balconies, Windows and Doors Group” Thank you for sharing it!

Beautiful for its composition and color.

Very nice piece Inge; I believe I have a very similar composition from the same alleyway in Mykonos. Well done with the leading line in the foreground.