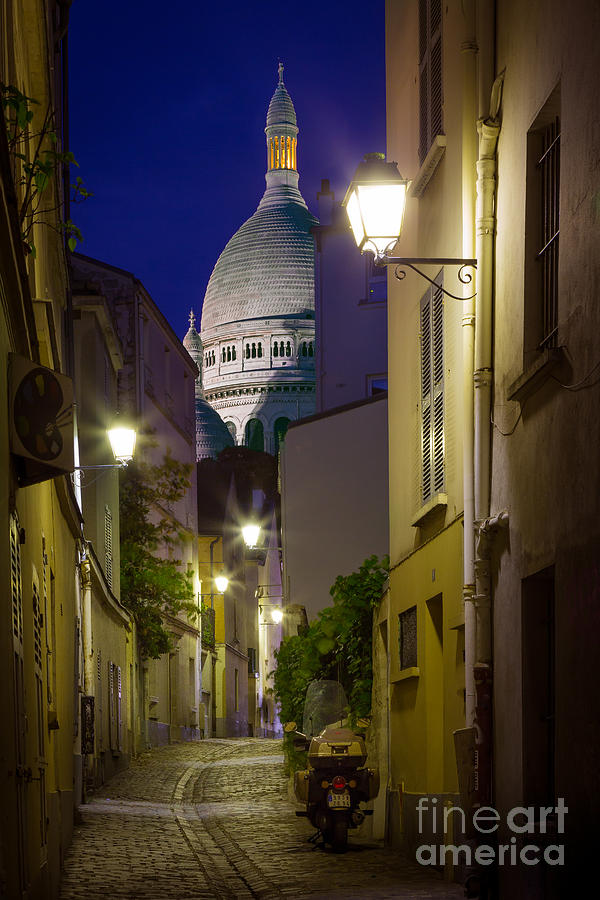 The dome of Sacre Coeur seen from a backsteet in Paris' Montmartre area
.....
The Basilica of the Sacred Heart of Paris, commonly known as Sacre-Coeur Basilica (French: Basilique du Sacre-Coeur), is a Roman Catholic church and minor basilica, dedicated to the Sacred Heart of Jesus, in Paris, France. A popular landmark, the basilica is located at the summit of the butte Montmartre, the highest point in the city. Sacre-Coeur is a double monument, political and cultural, both a national penance for the supposed excesses of the Second Empire and socialist Paris Commune of 1871 crowning its most rebellious neighborhood, and an embodiment of conservative moral order, publicly dedicated to the Sacred Heart of Jesus, which was an increasingly popular vision of a loving and sympathetic Christ.

excellent light and tone and framing, Inge ... congratulations on your sale!

Thanks once more, Eric :)

Beautiful, congrats on your sale!

Nice one Inge, well done on the sale!!

Thanks so much, Alex.

So beautiful, Inge!!!! Congratulations on your sale!!! f/v