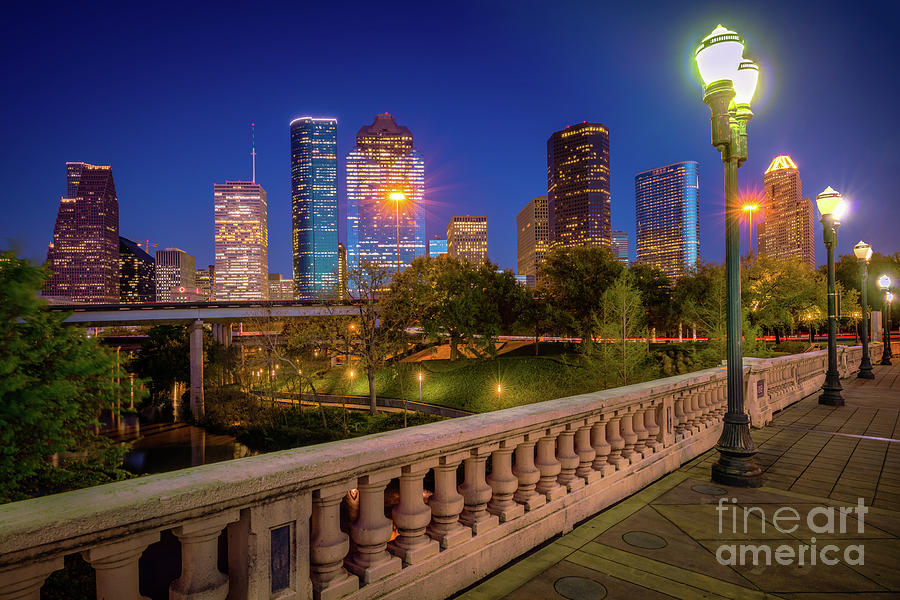 Houston is the most populous city in Texas and the fourth most populous city in the United States, located in Southeast Texas near the Gulf of Mexico. Houston was founded in 1836 on land near the banks of Buffalo Bayou (now known as Allen's Landing) and incorporated as a city on June 5, 1837. The city was named after former General Sam Houston, who was president of the Republic of Texas and had commanded and won at the Battle of San Jacinto 25 miles east of where the city was established. The burgeoning port and railroad industry, combined with oil discovery in 1901, has induced continual surges in the city's population.

CONGRATULATIONS! This amazing piece has been FEATURED on the homepage of the FAA Artist Group No Place Like Home, 10/26/2018! Way to go! Please post it in the Group's Features discussion thread for posterity and/or any other thread that fits!

Congratulations - Your beautiful picture has been featured in the "Travel Art" group! For further promotion, please check our group's homepage: https://fineartamerica.com/groups/1-travel-art.html * You are also invited to post it to our group's blog: travelartpix.com for worldwide exposure!

Congratulations on your sale, Inge!

Inge, this is a beautiful night shot!

Great perspective of the city! l/f/s