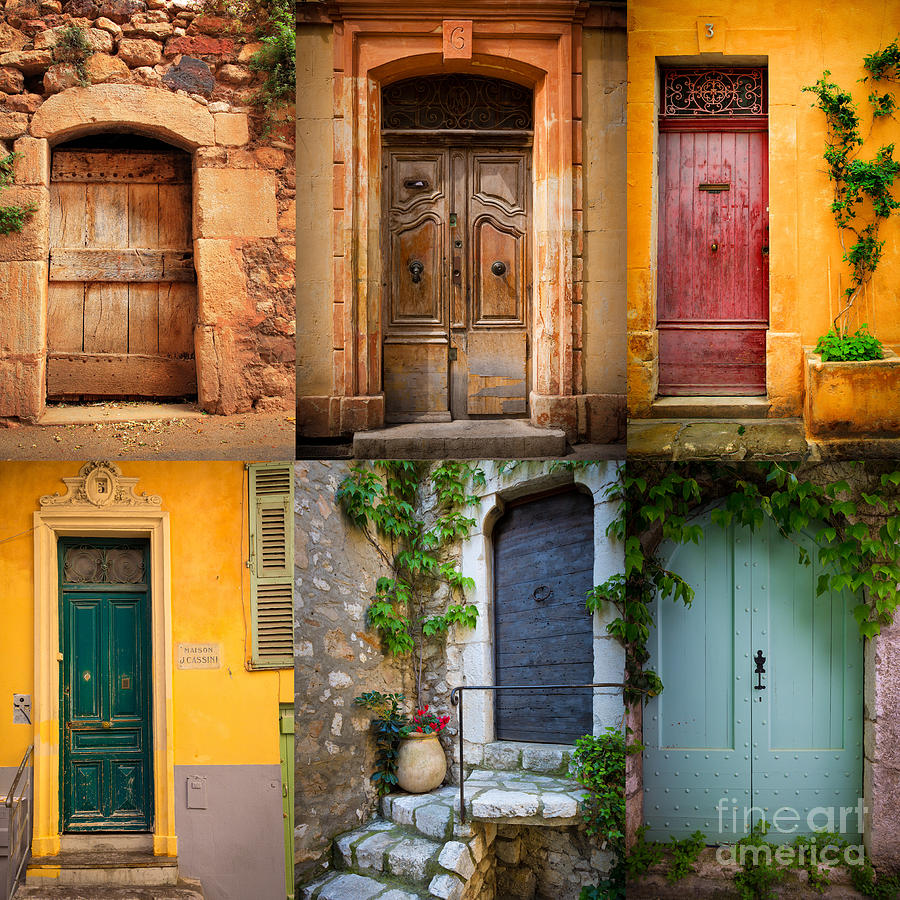 Six doors found in southern France
-----
Southern France (or the south of France), colloquially known as le Midi, is defined geographical area consisting of the regions of France that border the Atlantic Ocean south of the Marais Poitevin, Spain, the Mediterranean, and Italy. The Midi includes:
- Aquitaine
- Midi-Pyr�n�es
- Languedoc-Roussillon
- Provence-Alpes-C�te d'Azur
- Corsica
- Rh�ne-Alpes (the Southern parts)
- Poitou-Charentes (the Southern parts)
This area corresponds in large part to Occitania; that to say, the territory in which Occitan (French: langue d'oc) � as distinct from the langues d'o�l of northern France � was historically the dominant language. Though part of Occitania, the regions of Auvergne and Limousin are not normally considered part of the South of France.
The term Midi derives from mi (middle) and di (day) in Old French; compare Mezzogiorno, the south of Italy. The time of midday was synonymous with the direction of south because in France, as in all of the Northern Hemisphere, the sun is in the south at noon. The synonymy existed in Middle French as well, where meridien can refer to both midday and south.

I love this!! Doors are so awesome!! Congratulations and Blessings on your sale!

Congratulations on your Fine Sale!!

What a nice collection of interesting doors! v

Wonderful colours and assembly in this beautiful collage of old doors Inge! Love it! v

Thanks for the features!

Nice layout for this composite. v

Glad to hear you think so. Thanks!

Thank you so much!