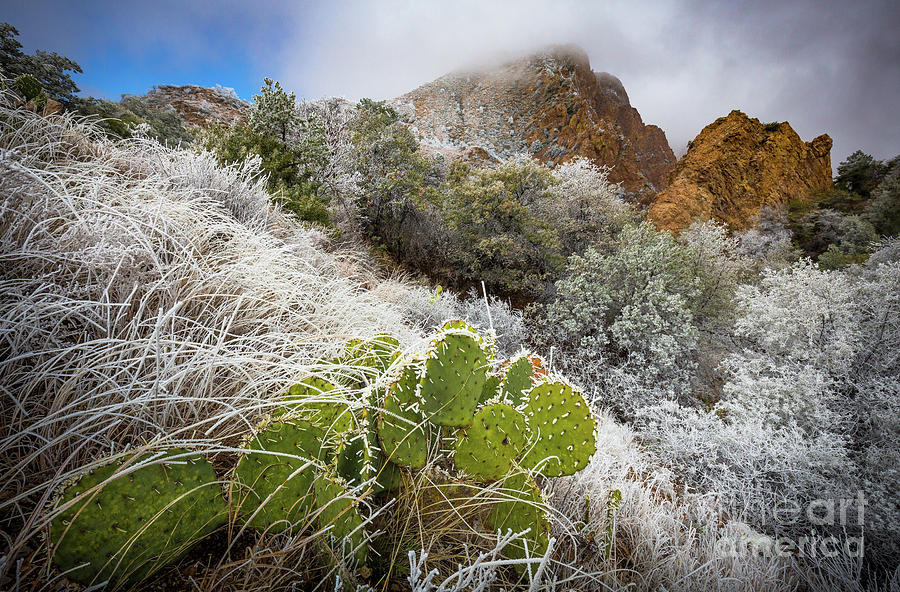 Big Bend National Park in the U.S. state of Texas has national significance as the largest protected area of Chihuahuan Desert topography and ecology in the United States. It contains more than 1,200 species of plants, more than 450 species of birds, 56 species of reptiles, and 75 species of mammals. The national park covers 801,163 acres. A variety of Cretaceous and Cenozoic fossil organisms exist in abundance, and the park has artifacts estimated to be 9,000 years old. Historic buildings and landscapes offer graphic illustration of life along the international border in the 19th century. For more than 1,000 miles, the Rio Grande/R�o Bravo forms the international boundary between Mexico and the United States, and Big Bend National Park administers approximately 118 miles along that boundary. The park was named after the area, which is bounded by a large bend in the river and Texas-Mexico border.

Beautiful scene of winter in the south.