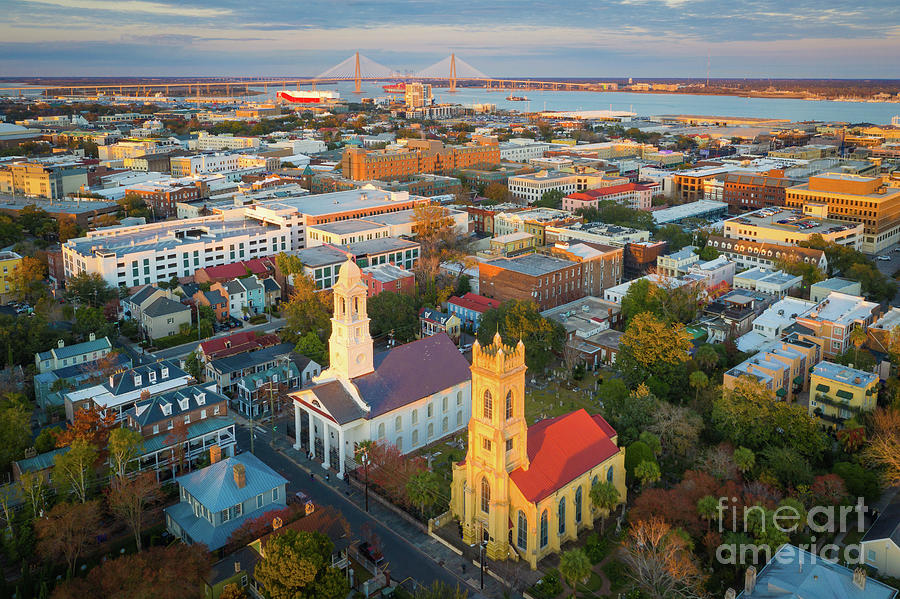 Charleston is the oldest and largest city in the U.S. state of South Carolina, known for its large role in the American slave trade. The city is the county seat of Charleston County, and the principal city in the Charleston–North Charleston–Summerville Metropolitan Statistical Area. The city lies just south of the geographical midpoint of South Carolina's coastline and is located on Charleston Harbor, an inlet of the Atlantic Ocean formed by the confluence of the Ashley, Cooper, and Wando rivers.

Charleston was founded in 1670 as Charles Town, honoring King Charles II of England. Its initial location at Albemarle Point on the west bank of the Ashley River (now Charles Towne Landing) was abandoned in 1680 for its present site, which became the fifth-largest city in North America within ten years. One of the key cities in the British colonization of the Americas, Charles Town played a major role in the slave trade, which laid the foundation for the city's size and wealth, and was dominated by a slavocracy of plantation owners and slave traders. Independent Charleston slave traders like Joseph Wragg were the first to break through the monopoly of the Royal African Company, pioneering the large-scale slave trade of the 18th century. Historians estimate that "nearly half of all Africans brought to America arrived in Charleston", most at Gadsden's Wharf. Despite its size, it remained unincorporated throughout the colonial period; its government was handled directly by a colonial legislature and a governor sent by London, UK. Election districts were organized according to Anglican parishes, and some social services were managed by Anglican wardens and vestries. Charleston adopted its present spelling with its incorporation as a city in 1783 at the close of the Revolutionary War. Population growth in the interior of South Carolina influenced the removal of the state government to Columbia in 1788, but the port city remained among the ten largest cities in the United S

Compliments on your recent sale!