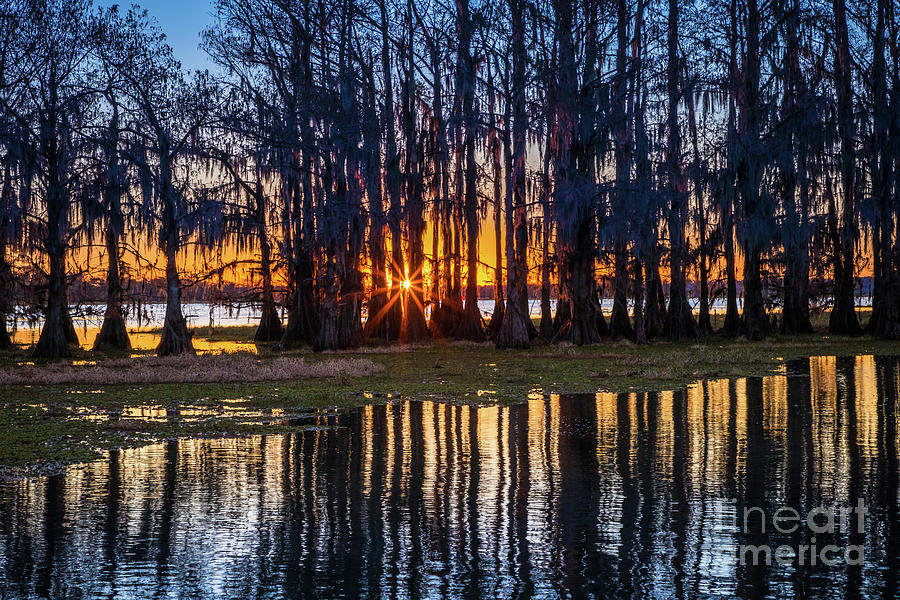 Caddo Lake (French: Lac Caddo) is a 25,400 acres (10,300 ha) lake and wetland located on the border between Texas and Louisiana, in northern Harrison County and southern Marion County in Texas and western Caddo Parish in Louisiana. The lake is named after the Southeastern culture of Native Americans called Caddoans or Caddo, who lived in the area until their expulsion in the 19th century. It is an internationally protected wetland under the RAMSAR treaty and features the largest Cypress forest in the world. Caddo is one of Texas' few non-oxbow natural lakes and is the 2nd largest in the South; however, it was artificially altered by the addition of a dam in the 1900s.

Congratulations! Your outstanding work has been FEATURED on the Home Page in the Fine Art America group “Forests and Woodlands”! For permanent recognition of artists who have been featured in our group, we offer a place on our Discussions Page for you to paste a copy of your image’s Embed URL! Thanks for your participation!

Congratulations your beautiful work is being featured in The World We See Group :-)

Congratulations! Your nature photography is featured in the PHOTOGRAPHY AND NATURE 101 group. LF.

Congratulations your beautiful work is being featured in AAA Images :-)