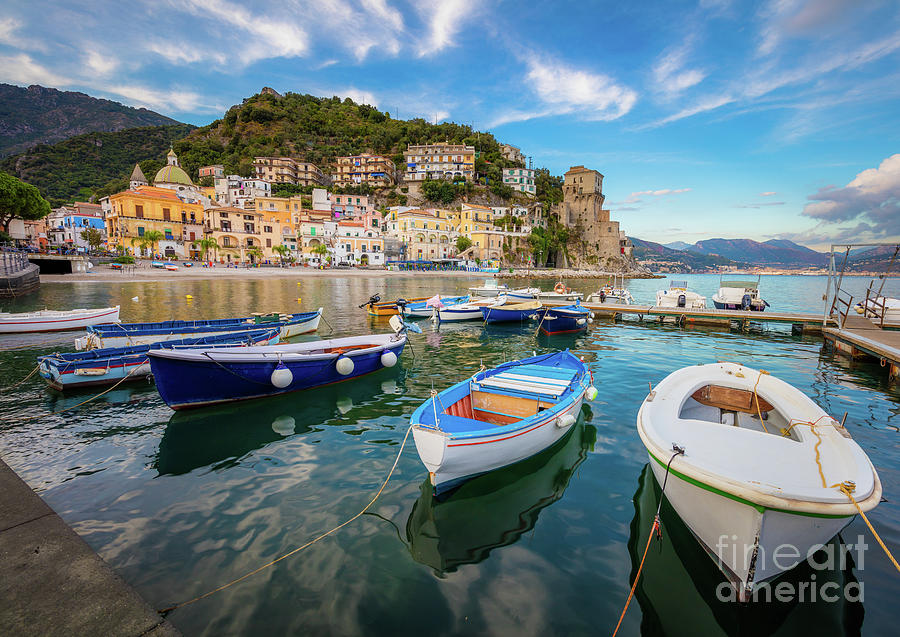 Cetara is a town and comune in the province of Salerno in the Campania region of south-western Italy. It is located in the territory of the Amalfi Coast. The village was originally a settlement for a group of armed Muslims in 880. Characterized to be a village of fishermen (especially of tuna), its name take origins probably from the Latin word Cetaria (in Greek Ketèia), meaning almadraba (in Italian tonnara); or cetari, meaning fishmongers of big fishes. Cetara is located by the Tyrrhenian Sea, on the Amalfi Drive road between the "Marina" of Albori and Erchie, bordering with the municipalities of Vietri sul Mare and Maiori. Its municipalities is extended from the coast to the Mount Falerio and counts only one civil parish (frazione): the little village of Fuenti, situated on the hills close to the Amalfi Drive.

congrats on sale of this beauty Inge

So wonderfully fabulous!! Congratulations on your sale!

Congratulations!! This stunning image has been selected to be featured for the week in the “Art for Ever with You” Group Home Page. You are welcome to add a preview of this featured image to the group’s discussion post titled “2020 May: Stunning Group Featured Images and Thank-you’s” for a permanent display within the group, to share this achievement with others. Also feel free to post your feature on our group Facebook page: https://www.facebook.com/groups/296998814248643/ Thank you for your participation in the group! ~Jan (May 8, 2020)

Congratulations - Your beautiful artwork has been featured in the "Travel Art" gallery at Fine Art America! For further promotion, you can post it to the specific Travel Destinations galleries, our Facebook group and our Pinterest board - all the links are provided on our group's homepage: https://fineartamerica.com/groups/1-travel-art.html ** Want to post on our group's blog: travelartpix.com? Check the group's homepage for details!

Inge, Stunning work!! and Congratulations on your Home Page Feature in Weekly Fun For All Mediums

Congratulations Inge, your work is Featured in "Photographic Camera Art" I invite you to place it in the group's "2020 Featured Image Archive" Discussion!! L/Tweet!

Congratulations on your feature in the Fine Art America Group "Images That Excite You!" Sharing on Twitter!