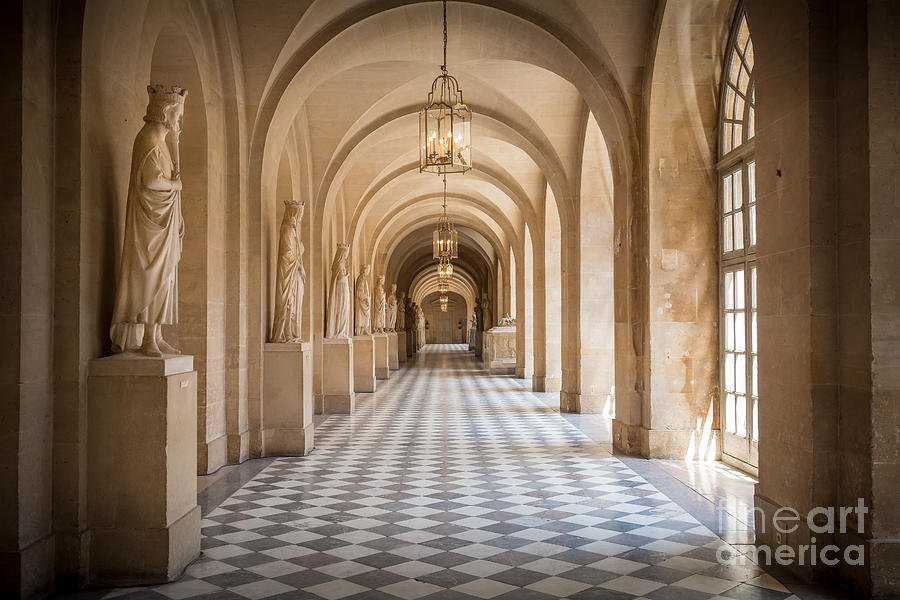 The Palace of Versailles, or simply Versailles, is a royal chateau in Versailles in the Ile-de-France region of France. In French it is the Chateau de Versailles.
When the chateau was built, Versailles was a country village; today, however, it is a suburb of Paris, some 20 kilometres southwest of the French capital. The court of Versailles was the centre of political power in France from 1682, when Louis XIV moved from Paris, until the royal family was forced to return to the capital in October 1789 after the beginning of the French Revolution. Versailles is therefore famous not only as a building, but as a symbol of the system of absolute monarchy of the Ancien Regime.

Congratulations on your sale Inge!

Congratulations for the 9-27-15 feature of your artwork on the Greeting Cards For All Occasions homepage!

Congrats on your sale

Hi Inge...Congratulations on your image and your sale...Cheers Bob f/v

congrats on the sale

Very nice. Congrats on the sale of this image.

France is full of treasures and Versailles is a jewel..! Suberb capture Inge!

Awesome image Inge with great light and depth. I visited there last October but didn't get a chance to visit the inside of the Chateau. The outside kept be shooting for an entire day! Beautifully done image. An instant favorite and like.